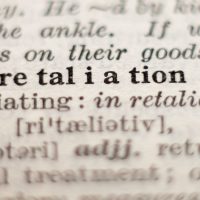 In the spring of 2016, Jacobsen began working for Meron Medical as an office manager. In early 2017, according to Jacobsen, a Meron Medical employee, Auon, began sexually harassing her in early 2017. Jacobsen claims that Auon’s sexual harassment continued throughout 2018 and 2019. Auon’s alleged sexual harassing behavior included: repeatedly prying into Jacobsen’s dating life following her divorce; bragging in explicit terms about his own sexual exploits; telling Jacobsen that they would “hook up” if he was not married; making multiple sexual comments about Jacobsen’s body; telling Jacobsen that women belong at home cooking meals; stating that women did not belong on the shop floor; and generally treating her with rudeness and disrespect because she is a woman.

On September 16, 2019, Jacobsen lodged a written complaint with Meron Medical’s president, Shegda, about Auon’s sex-based harassing behavior. Shegda passed on Jacobsen’s complaint to an HR specialist, Sargent. On September 20, 2019, an EEO specialist, Williams, documented a call between herself and Sargent wherein Sargent told her that Shegda was leaving the country and that Jacobsen was causing so much chaos that he wanted her to go out on two-week paid leave while he was gone.

On September 23, 2019, Shegda had a conversation with Jacobsen and Sargent in which he forced Jacobsen to take a paid, two-week leave of absence. Jacobsen claims that Shegda “outright” threated her job at his meeting by “insinuating that it could be a permanent leave if I didn’t behave or if I didn’t comply.” Shegda testified that Jacobsen, rather than Auon, was put on leave because he needed a “physical separation” of the two employees and Auon’s “skill set is very particular and pretty much irreplaceable.”

In advance of Jacobsen’s return to work from the two-week leave, Shegda and Sargent exchanged a series of texts discussing next steps. Sargent told Shegda that “there is a risk if you prevent return” to which Shegda responded, “At this point I am willing to risk. I cannot let this go on. I feel that she is going to sue me (or the company) whenever that day comes, it might as well be now.” Shegda later stated that he understood the risk that Sargent mentioned to mean that if Jacobsen was not allowed to return to work, “the optics of that would be—could be interpreted as retaliatory.”

On October 9, 2019, Jacobsen met with Shegda and Sargent, at which point they terminated her employment. Meron Medical contends that Jacobsen was fired because her position was eliminated due to an upcoming merger of Meron Medical with two other companies, which occurred in January 2020. Shegda testified that Jacobsen’s position was eliminated because the “administrative end was overstaffed,” Jacobsen’s workload had been declining, and her role was “no longer needed.”

Meron Medical filed a motion with the trial court seeking dismissal of Jacobsen’s retaliation claim. In seeking dismissal, Meron Medical argued that the evidence established that Jacobsen was terminated for a legitimate, non-retaliatory reason—her position was eliminated—and not because she complained about sex-based harassment. The trial court denied Meron Medical’s motion for dismissal and ruled that Jacobsen had presented sufficient evidence of retaliation to bring her case before a jury.

In denying Meron Medical’s motion for dismissal, the trial court focused Jacobsen’s forced leave. The trial court observed that three days after Jacobsen lodged her sex-based harassment complaint, “Shegda decided that he wanted [Jacobsen] to take two weeks paid leave because [she] ‘is causing so much chaos he wanted to pay her for two weeks to stay home while he is out of the country.’ ” “Clearly,” the trial court determined, “a reasonable juror could find that this forced leave was related to [Jacobsen’s] complaint.” Moreover, the trial court pointed out, when Jacobsen “protested and refused to take the leave, Shegda threatened her position.”

Having found evidence of a retaliatory forced leave from work, the trial court also found there “is a wealth of evidence from which a reasonable fact finder could find that retaliation was the real reason” for Jacobsen’s termination. The trial court pointed out that although Jacobsen was fired in September 2019, the merger did not take place until January 2020. When asked why Jacobsen could not have continued to work at Meron for the remainder of 2019, Shegda replied that, “the untenable situation that had been created was, you know, between with Meron Medical. Meron Medical was no longer able to function on an ongoing, you know, like in a viable way because of the turmoil caused by this.” “A reasonable juror,” the trial court concluded, “could interpret ‘this’ to refer to [Jacobsen’s] complaint, thus indicating that her termination was in retaliation for her complaint.” An interpretation, the trial court reasoned, “supported by the fact that no one else was terminated when Jacobsen was terminated.”