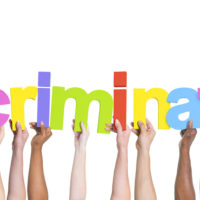 Under Age Discrimination in Employment Act (ADEA), it is unlawful for an employer to discriminate against an individual with respect to his or her compensation, terms, conditions, or privileges of employment because of such individual’s age. The ADEA prohibits discrimination against individuals who are at least forty years of age. As explained by the U.S. Supreme Court in Hazen Paper Co. v. Biggins, 507 U.S. 604 (1993), “Congress’ promulgation of the ADEA was prompted by its concern that older workers were being deprived of employment on the basis of inaccurate and stigmatizing stereotypes.”

Having been committed to fighting age discrimination in the workplace for almost twenty years, our Citrus County, Florida age discrimination attorneys have learned that employers continue to make employment decisions based on inaccurate and stigmatizing age-based stereotypes. For example, managers and supervisors still characterize older workers as “inflexible,” “not adaptable,” “low energy,” “resistant to change,” “unimaginative,” “slow,” and “old fashioned.” Such age-based stereotypes are frequently used by employers to justify employment decisions regarding older workers. The recent decision by the U.S. District Court for the Western District of Louisiana in Fontenot v. Republic National Distributing Co., LLC, 2017 WL 4653455 (W.D. La. Oct. 13, 2017) is instructive in showing that remarks reflecting age-based stereotypes made by employees involved in the challenged employment decision can be used to prove age discrimination.

In that case, Wilber Fontenot (Fontenot) claimed that Republic National Distributing Co., LLC (RNDC) fired him on the basis of age in violation of the ADEA. Throughout his tenure with RNDC, Fontenot held the position of District Manager. In this position, Fontenot, supervised sales representatives who reported to him and who performed the everyday servicing of RNDC’s accounts. Fontenot’s immediate supervisor was an Area Manager named Richard. Richard reported to a Division Manager named Brignac.

RNDC filed a motion with the trial court seeking dismissal of Fontenot’s age discrimination claim. In doing so, RNDC argued that Fontenot had failed to produce sufficient evidence to establish that he was fired because of his age. Consequently, RNDC maintained that the trial court was required to dismiss the case and not allow Fontenot to bring his age discrimination claim before a jury. The trial denied RNDC’s motion for dismissal.