Can Remarks To Hispanic Workers About The “Border” Create A Hostile Work Environment? 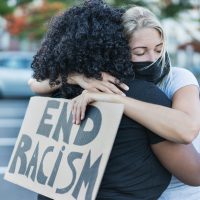 In that case, a man named Reynaga brought an employment discrimination lawsuit against his former employer, Roseburg Forest Products (Roseburg), pursuant to Title VII of the Civil Rights Act of 1964 (Title VII). Title VII prohibits employers from discriminating against employees on the basis of race. Under well-established law, racial harassment is a form of race discrimination forbidden by Title VII. To violate Title VII, racial harassment must be sufficiently severe or pervasive to alter the conditions of the victim’s employment and create a hostile working environment. Reynaga claims that Roseburg violated Title VII by creating and maintaining a racial hostile work environment.

Reynaga worked as a millwright for Roseburg. According to Reynaga, he and his son were the only millwrights of Mexican descent at Roseburg. Reynaga developed a contentious relationship with a lead millwright, Branaugh, who allegedly subjected Reynaga to racially disparaging comments, including comments about the “border.”

For example, after Reynaga received a hunting tag for a second year in a row, Branaugh allegedly said, “we should close the borders” to keep “people like” Reynaga “from coming up here and killing our elk.” On one occasion, Branaugh allegedly stated, “minorities are taking over the country.” Branaugh also allegedly asked Reynaga whether “all Mexican women are fat?” On another occasion, Branaugh left in the break room a printed email containing an article that claimed President Obama was an illegal alien and that “our borders are like sieves.” Reynaga further claims that Branaugh assigned him and his son the harder, dirtier, and more dangerous jobs.

Reynaga initially lodged a verbal complaint with Roseburg management alleging racial harassment in the workplace. In response to Branaugh’s verbal complaint, Roseburg’s managing personnel simply “coached Branaugh on his leadership skills” and told him he “can make people uncomfortable.” Approximately two months later, Reynaga filed a written complaint with Roseburg management alleging racial harassment. Roseburg hired Vigilant, a company that specializes in employment relations, to investigate the allegations. Vigilant interviewed Reynaga. Reynaga stated that Branaugh had made racist comments, had been harassing him for “a long time,” and that he did not want to work with Branaugh. Subsequently, Roseburg arranged Branaugh’s schedule so that he would not be on the same shift as Reynaga.

Unlike the reversed trial court, the Ninth Circuit determined that “a reasonable jury could find that Branaugh’s alleged conduct would be highly offensive and demeaning to anyone, especially a person from Mexico.” The appellate court explained that Reynaga “identifies several derogatory remarks that Branaugh made specifically about Mexicans, including comments about the ‘border’ that were tinged with racism. The court of appeals also rejected the trial court’s conclusion that Branaugh’s alleged racial comments were “offhand comments” or “mere offensive utterances.” Reynaga’s evidence, the appellate court observed, “includes repeated examples of unwelcome conduct of a racial nature.” The racial comments, the Ninth Circuit concluded, “reflect a workplace that had been polluted with insult and intimidation.”