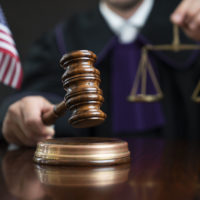 In that case, Sharon Wesley (Wesley), who is African-American, brought a race discrimination claim against her former employer, Austal USA, LLC (Austa), pursuant to Title VII of the Civil Rights Act of 1964 (Title VII). Title VII prohibits employers from discriminating against employees on the basis of race. Wesley claimed that Austal violated Title VII by denying her promotion because of her race.

Austal is a contractor, designer, and manufacturer of combat ships for the U.S. Navy. To demonstrate its ships’ performance and ability to meet design specifications, Austal conducts tests and sea trials. To carry out such tests, Austal employees Tests and Activation Specialists who perform testing duties on a range of systems and equipment. Specialists are classified as level I, II, III, or Senior.

In 2011, Wesley was hired by Austal as an electrical apprentice. In 2014, Wesley became a Specialist I. There was only one other African-American woman Specialist in Tests and Activation, Smith. Wesley alleged that management always paired her with Smith, and they worked together almost every day and performed the same duties, even after Smith was promoted to Specialist II. A co-worker, Cannon, testified that Wesley and Smith were paired together “because of the simple fact that they were black females and no one wanted to work with them unless they had no one else to turn to.” Cannon further alleged that “this type of behavior was encouraged or allowed by management.”

In April 2015, Wesley sought promotion to Specialist II. In June or July 2015, Wesley learned that she would not be selected for promotion. Austal claimed that Wesley was not promoted because she did not list all relevant experience on her application, she was not proactive in carrying out her duties, and she had not taken “ownership” over projects. Wesley testified that she believed the failure to promote her was based on race “because white males who had not been there for two years all got promoted,” but she did not. Wesley claimed that she had the necessary qualifications and had been a Specialist I longer than some of the white employees who were promoted.

Proving The Reasons Are False Is Not Enough

Wesley appealed the trial court’s dismissal of her discriminatory failure to promote claim. The Eleventh Circuit affirmed the trial court’s ruling. Although Wesley produced evidence that the reasons given by Austal for not promoting her were false, the appellate court determined that such evidence was not sufficient, standing alone, to entitle Wesley to bring her discrimination claim before the jury. Instead, the court of appeals determined that “even where the [employee] puts forward evidence contradicting the [employer’s] proffered reasons, and a reasonable factfinder could reject those reasons, [the employee] must also present evidence that the real reason was discriminatory.” In other words, according the Eleventh Circuit, even if Wesley produced establishing that Austal’s reasons for not promoting her were false, Wesley was also required to produce additional, independent evidence of discrimination in order to bring her discrimination case to trial.

The Eleventh Circuit concluded that Wesley’s evidence that Austal racially segregated the workplace did not qualify as additional, independent evidence of race discrimination. The court of appeals reasoned that even if Austal paired Wesley and Smith together on work assignments for discriminatory reasons, such evidence was “not probative of why Wesley was not promoted.” Having found that Wesley produced no mandatory additional, independent evidence of race discrimination, the Eleventh Circuit affirmed the trial court’s dismissal of Wesley’s discriminatory failure to promote claim.