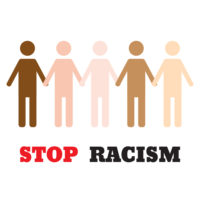 Disparate treatment, as observed by the U.S. Supreme Court in International Brotherhood of Teamsters v. United States, 431 U.S. 324 (1977), “is the most easily understood type of discrimination.” Disparate treatment occurs when an employer treats an employee differently than it treats another employee of a different race, color, religion, sex, or national origin. As explained by the International Brotherhood Court, proof of an employer’s discriminatory motive “in some situations be inferred from the mere fact of differences in treatment.” The decision by the U.S. District Court for the Western District of Oklahoma in Heaven v. Skinner Tank Company, No. 15-825 (March 8, 2016) is instructive in showing that an employer’s differences in treatment generally will enable an employee to present his or her race discrimination case to a jury for resolution.

Employee Abused On The Basis Of Race

In that case, Isaac Heaven (Heaven), who is African-American, clamed that his former employer, Skinner Tank Company (Skinner Tank) fired him on the basis of race in violation of Title VII. Heaven was employed by Skinner Tank as a welder/helper. Heaven’s race discrimination claim arose out of an incident involving an employee named Jones who was Heaven’s supervisor.

Heaven alleged that the incident started when Jones began berating him to improve his performance and repeatedly called him “boy.” When Heaven objected to Jones’ abuse, Heaven claimed that Jones bumped him with his body. In response, Heaven punched Jones in the jaw. The two employees then began fighting until another employee broke it up. After the fight was broken up, Jones told Heaven “you put your hands on me . . . it’s over.” Believing that he had been fired, Heaven left the workplace and returned to his hotel room.

Later that day, Jones went to Heaven’s hotel room and tried to discuss the situation. When Heaven refused to shake his hand, Jones told Heaven that he was fired. After Jones fired him, Heaven alleged that he heard Jones use a racial slur as he drove through the hotel parking lot. That same day, Jones notified his supervisor that he was quitting. After quitting, Jones then left a voice mail message with a racial slur on the phone of Heaven’s cousin.

Other Employees Not Fired For Fighting