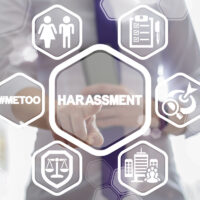 Employee Alleges Fired Because Of Sex

In that case, Maria Malark (Malark) brought a sex discrimination lawsuit against her former employer, RBC Capital Markets, LLC (RBC), pursuant to Title VII of the Civil Rights Act of 1964 (Title VII). Under Title VII, employers are prohibited from making employment decisions on the basis of sex. Malark claims that RBC violated Title VII by terminating her employment because of her sex.

In 2000, Malark began working for RBC. In 2010, she was promoted to Director of Operations for U.S. Wealth Management. Her supervisor in the position was a women named Versnel. Malark was one of four female directors who reported directly to Versnel. According to Versnel, Malark “had a strong performance history” and “generally performed well against the measurable performance objectives,” all of which were reflected in her “positive performance reviews.”

Versnel testified that she made the decision to terminate Malark in mid-May 2017. Versnel testified that, in her assessment, Malark had “difficult relationships” with co-workers, “didn’t demonstrate strategic thinking about potential improvement for the future,” “demonstrated reactive planning as opposed to proactive formulation,” and “demonstrated resistance to change.” In July and August 2017, Versnel consulted with two senior executives about Malark, each of whom supported the decision to terminate her employment. During that time, Versnel also selected a male employee, Schwab, to take over Malark’s position. On October 6, 2017, RBC terminated Malark’s employment and replaced her with Schwab.

In denying RBC’s motion for dismissal, the trial court also found that RBC’s proffered explanation for Malark’s termination was directly undermined by the evidence. The trial court pointed out that RBC’s claim that Malark’s work performance was deficient was “inconsistent” with documentation regarding Malark’s performance because “Malark consistently received positive performance reviews from Versnel.” Malark’s evidence of a strong employment history, the trial court determined, raises concerns about “the credence of RBC’s proffered reason for Malark’s termination” and would enable a reasonable jury to find that Malark’s sex was the real reason for her termination.