Do Employers Perpetuate A Racial Stereotype When Telling African-American Employees To Ignore Racism? 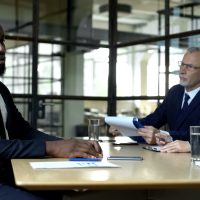 In that case, a woman named Milord-Francois brought a racial discrimination lawsuit against her employer, New York State Office of the Medicaid Inspector General (OMIG), pursuant to Title VII of the Civil Rights Act of 1964 (Title VII). Title VII prohibits employers from discriminating against employees because of race. Milord-Francois, a black lawyer of Haitian descent, claims that she was demoted because of her race in violation of Title VII.

Milord-Francois’s racial discrimination claim arises from her interactions—both before and after her promotion—with a white Senior Attorney named Henzel. While Milord-Francois was a senior attorney, Henzel once asked Milord-Francois if she was “getting drugs in there?” when Milord-Francois entered a co-worker’s office for aspirin. Henzel then told everyone at the office that “she was concerned about [Milord-Francois] taking drugs.” Another time, during a parade in front of the OMIG building, Henzel approached Milord-Francois “out of the blue” and said, “oh my God, your black face, your black face scares me.” On another occasion, Milord-Francois claims that she overheard Henzel telling other workers that she had to go to a funeral in Harlem and, if she did not return, then “they” killed her, which Milord-Francois understood to refer to black residents in Harlem.

A Type Of Racial Stereotyping

In reversing the trial court, the Second Circuit focused on Daniel-Rivera’s statements to “accept” and “deal with it” made in response to Milord-Francois’ complaints of Henzel’s racist comments. The appellate court explained that although “those statements may very well have been intended to convey to Milord-Francois nothing more than a view that she had responsibility as a manager to address racially charged comments by a subordinate, there is just enough ambiguity in those statements” for a jury to reasonably find that “Daniels-Rivera was instead perpetuating a racial stereotype by suggesting that Milord-Francois, as a black woman, should ignore racism.” Because Milord-Francois’ had produced evidence of race discrimination, the Second Circuit reasoned, a jury could conclude that OMIG’s “reason for demoting her is pretextual and that this decision was based, at least in part, on her race.”