Is it Illegal to Not Hire Someone Because of Age? 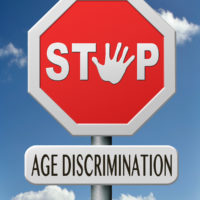 Having represented victims of age discrimination for nearly twenty years, our Marion County, Florida age discrimination attorneys have learned that older workers continue to face significant disadvantages in their efforts to regain employment after being discharged. In many cases, employers refuse to hire older workers on the basis of inaccurate and stigmatizing stereotypes about employees nearing retirement. To many employers, employees nearing retirement are less productive, energetic, and motivated than younger employees. The decision by the U.S. District Court for the Western District of Tennessee in Smith v. Chester County Board of Education, 216 F.Supp.3d 619 (W.D. Tenn. 2016) is instructive in showing that asking an older job applicant how long he or she intends to continue working can be evidence of age discrimination. To clarify, it is illegal to not hire someone on the basis of age.

“How Much Longer Are You Going To Work”

In that case, James Smith (Smith) brought an employment discrimination lawsuit against the Chester County Board of Education (the Board) pursuant to the Age Discrimination in Employment Act (ADEA). Smith claimed that he was discriminated against on the basis of his age in violation of the ADEA when he was not selected by the Board for the position of automotive technology teacher.

In January 2012, the Board began seeking a new teacher for Chester County High School’s automotive technology program. The “auto tech” teacher at the time, a man named Rimmer, had recently announced that he would retire at the end of the school year. Having seen an advertisement in a local newspaper reporting the upcoming vacancy, Smith decided to apply for the position. Smith had previously worked for General Motors for thirty years, holding a variety of jobs, including assembly line worker, service engineer, warranty consultant, and area service manager. Smith also had relevant formal education, including an associate’s and bachelor’s degree in automotive and heavy equipment repair.

On January 20, 2012, Smith went to the Board of Education office to apply for the teaching position. There he submitted his application and resume, and briefly met with the Director of Schools for the Board, a woman named Pipkin. In this position, Pipkin was responsible for making the decision about who would be hired for the auto tech position. During this interview, Pipkin asked Smith how much longer he planned to work. Smith claimed that Pipkin prefaced this question by making note of his age, with the remark, “you’re 64, how much longer are you going to work?” Smith alleged that he replied that he “was in perfect health and would probably work until his eighties or nineties.”

“A Young Instructor Will Be A Great Asset”

In addition to Smith, the Board also considered a forty-two year old man named Carter for the auto tech position. Carter was interviewed by Pipkin. At Pipkin’s suggestion, Carter observed Rimmer’s classes on three or four occasions, and after speaking with Pipkin again about his interest in the position, he became a substitute teacher at the high school. In April 2012, Pipkin sent an email to Rimmer asking him for his opinion of Carter. In reply, Rimmer stated that he thought Carter would be “great” and a “young instructor will be a great asset to the automotive program.” Later that month, the Board selected Carter for the position.

“Not A Mere Inquiry Into Retirement Plans”

Illegal to Not Hire on the Basis of Age