Is Firing An Employee Based On A Flawed Investigation Evidence Of A Wrongful Termination? 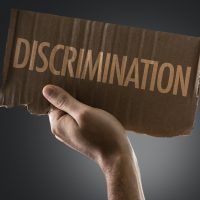 In that case, a man named Merritt brought an age discrimination lawsuit against his former employer, GB Manufacturing Company (GB), pursuant to the Age Discrimination in Employment Act (ADEA). Under the ADEA, employers are prohibited from discriminating against employees on the basis of age. Merritt claims that GB violated the ADEA by firing him because of his age.

GB operates a manufacturing company with two plants in Ohio. Merritt worked for GB for more than twenty years with some interludes. From 2016 until he was fired in 2020, Merritt was a break press operator. Because that work involves grinding, GB requires its employees to wear safety glasses.

During his employment, Merritt complained to Human Resources on two occasions that a co-worker named Shafer was violating the company’s safety glasses rules. On August 17, 2020, a tube containing a t-shirt, sunglasses, a pen, and a handwritten note were found at Shafer’s workstation. A picture of safety glasses was on the front of the t-shirt; the words “special kind of stupid” were printed on the back of the shirt. An HR representative, Ahlefeld, investigated the t-shirt tube incident. Ahlefeld says that Merritt was interviewed because he had “continuing disputes with Shafer on a variety of issues.” Another employee, Oney, was interviewed because Oney reported to Shafer. Oney is “significantly younger” than Merritt.

On August 17, 2020, HR interviewed Merritt and Oney. Oney “denied knowing anything about the [t-shirt tube] incident” but admitted to making “the inappropriate shirt.” Merritt “denied knowing anything or even being a part of what was thought as a prank.” Early in GB’s investigation, the company learned that three other identical shirts had been made. On those shirts, there was cursing and a middle finger. After Merritt and Oney denied involvement in the t-shirt tube incident, Ahlefeld contacted a local t-shirt store. Ahlefeld learned that Oney “ordered 4 shirts and picked up all 4 shirts.”

Oney was suspended for three days, from August 18 to August 20. After being confronted with the information that GB learned that he had picked up the t-shirts, Oney produced a written statement dated August 24, 2020. In the written statement, Oney said that he ordered the t-shirts with the cursing and middle finger, and that Merritt and another employee, Shepherd, wanted those shirts. Oney further claimed that be “believed” that Merritt was the employee who got the other t-shirt that was given to Shafer.

On August 24, 2020, GB fired Merritt. GB claims that Merritt was responsible for the “package that was delivered to” Shafer that included the inappropriate t-shirt. At the time of his termination, Merritt was fifty-two years old. After terminating his employment, GB replaced Merritt with a substantially younger individual. In support of his age discrimination claim, Merritt alleges that a plant manager told him that he was “getting a little old for [his] work.”

GB filed a motion with the trial court seeking dismissal of Merritt’s discriminatory claim. In support of its motion for dismissal, GB argued that the evidence established Merritt was fired for a legitimate, non-discriminatory reason—he was responsible for delivering the inappropriate t-shirt to Shafer—and not because of his age. The trial court denied GB’s motion for dismissal and ruled that Merritt had presented sufficient evidence of an age-based discriminatory discharge in violation of the ADEA to proceed to a jury trial.

The trial court also determined that Oney “was the most culpable actor: he picked up the shirts and ultimately admitted to being involved in the incident.” Although Oney was the “most culpable actor,” GB fired Merritt “two days before [it] fired Oney and before the investigation was fully completed,” which “undercuts [GB’s] claim that the t-shirt incident was the true cause of the termination.” Moreover, the trial court noted, GB did not fire Oney until after he admitted that his prior written statement was untruthful. Based on this evidence, the trial court concluded, Merritt had shown that “there was no basis in fact” for his termination.