Is Mocking An Employee’s Accent Evidence Of A Discriminatory Employment Decision? 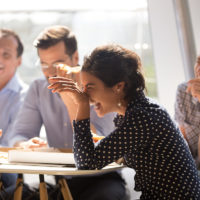 In that case, Javier Mayorga (Mayorga) brought an employment discrimination lawsuit against his employer, the Architect of the Capital (AOC), pursuant to Title VII of the Civil Rights Act of 1964 (Title VII). Mayorga alleges that selecting officials at the AOC denied him promotion on the basis of his race and national origin in violation of Title VII. More specifically, Mayorga claims that he would have been selected for promotion but for the discriminatory motive of employees involved in the decision to deny him promotion.

Mayorga emigrated to the United States from Nicaragua in 1990. Since 2007, Mayorga has been employed at the AOC, a federal agency that operates and maintains certain buildings and historic monuments in the District of Columbia, such as the Capital, the Capital Visitor Center, and the Supreme Court. During his employment, Mayorga worked primarily at the Capital and Capital Visitor Center as an Electronic Industrial Controls Mechanic. Mayorga received numerous awards at the AOC and his work was rated “Outstanding” in his previous two evaluations.

In 2014, Mayorga sought promotion to the position of Electronics Technician. The AOC formed a panel to select two individuals to fill the position. The selecting official, Bieber, a white male, designated Wallace, a white male, and Watson, a white female, to participate with him on the selection panel. Mayorga maintains that Bieber and Wallace had abused him in the past because of his Nicaraguan national origin. Mayorga alleges that Bieber and Wallace ridiculed his Hispanic first name by regularly calling him “Caviar” instead of Javier, and that Bieber mocked his accent. The panel ultimately chose two white males to fill the position.

Mocking An Employee’s Accent Is Discriminatory