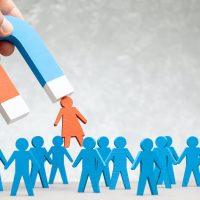 In that case, a man named Brownlee brought an employment discrimination lawsuit against Kyocera SGS Precision Tools, Inc. (Kyocera). Brownlee, who is African-American, claims that Kyocera failed to hire him because of his race in violation of Title VII of the Civil Rights Act of 1964 (Title VII). Title VII prohibits employers from discriminating against job applicants and employees because of race.

In March 2020, Kyocera hired a white candidate named Slusher for the machinist position. Kyocera maintains that he was better qualified than Brownlee for the position. After Brownlee filed his employment discrimination lawsuit, Kyocera proffered another reason not previously mentioned for its decision—that it hired Slusher (and not Brownlee), in part, because Slusher applied through Indeed.com and Kyocera would not be charged Spherion’s recruiting fee.

Kyocera filed a motion with the trial court seeking dismissal of Brownlee’s discriminatory failure to hire claim. In support of its motion for dismissal, Kyocera maintained that it decided not to interview Brownlee because he did not have the right experience and that it ultimately hired a candidate with better qualifications than Brownlee. The trial court denied Kyocera’s motion for dismissal and ruled that Brownlee had presented sufficient evidence to proceed to a jury trial on the issue of whether he was not hired because of his race in violation of Title VII.

Based on this evidence, the trial court concluded, “a jury could reasonably infer that Brownlee’s qualifications were not the reason for his failure to receive an interview and that the real reason was a prohibited one.” “A reasonable interpretation of the facts,” the trial court explained, “may lead a jury to conclude that until Johnson viewed Brownlee’s Facebook page, he was a qualified candidate that he planned to interview and perhaps, hire.” “But something on the Facebook page altered that decision.” Whether that “something” was Brownlee’s race, the trial court reasoned was an issue for a jury to resolve.