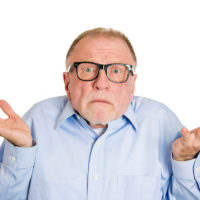 As explained by the U.S. District Court for the Middle District of Florida in Chambers v. Walt Disney World Co., 132 F.Supp.2d 1356 (M.D. Fla. 2001), “ ‘pretext’ means a false or weak reason or motive advanced to hide the actual or strong reason or motive.” Stated another way, as observed by the U.S. Seventh Circuit Court of Appeals in Emmel v. Coca-Cola Bottling Co., 95 F.3d 627 (7th Cir. 1994), “pretext means a lie, specifically a phony reason for some action.” “Resort to a pretexual explanation,” as noted by the U.S. Second Circuit Court of Appeals in Binder v. Long Island Lighting Co., 57 F.3d 193 (2d Cir. 1995), “is like flight from the scene of a crime, evidence indicating consciousness of guilt, which is, of course, evidence of illegal conduct.”

Worker Claims He Was Fired Because Of Age

Dominguez-Cruz began working for Suttle Caribe in 1978. He was hired to set up and manage Suttle Caribe’s plant in Humacao, Puerto Rico, and he continued in the position of plant manager until his termination in 1995. In his 1993 performance evaluation, Dominguez-Cruz’s immediate supervisor characterized him as “an outstanding employee and manager.” Dominguez-Cruz received a merit pay increase for 1995.

Older Worker Referred To As An “Old Fart”

Reasons Are A “Cover Up” For Age Discrimination

The trial court dismissed Dominguez-Cruz’s age discrimination claim. On appeal, the First Circuit reversed the trial court’s decision and reinstated Dominguez-Cruz’s case. In doing so, the appellate court focused on notes made by the personal manager, Wielke. Wielke participated in the decision to fire Dominguez-Cruz and flew to Puerto Rico with Ovitt to inform Dominguez-Cruz that his employment was terminated. Wielke’s notes about the decision to terminate Dominguez-Cruz contained his full name and included the phrases “cover up so Alberto doesn’t,” “all over 40,” “Tony—age,” and “age discrim.” The appellate court observed that “perhaps the discussion memorialized in these notes was about how to comply with the law, but, if so, the ‘cover up’ language is an odd choice.” The First Circuit concluded that Wielke’s notes, along with the evidence of shifting reasons for Dominguez-Cruz’s termination and the age-based derogatory remarks, “could lead a reasonable jury to infer that age discrimination was at work.”