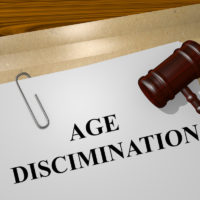 Having represented the victims of age discrimination for nearly twenty years our Florida employment discrimination attorneys have learned that many employers act on their preference for a younger workforce by targeting older workers for replacement with substantially younger employees. As the U.S. Seventh Circuit Court of Appeals observed in Graefenhain v. Pabst Brewing Co., 827 F.2df 13 (7th Cir. 1987), the U.S. Congress enacted the Age Discrimination in Employment Act (ADEA) “because many employers or younger business executives act as if they believe there are good business reasons for discriminating against older employees.” Echoing the observation by the Graefenhain court, the facts alleged in Fuller v. Meredith Corporation, No. 17-2335 (D. Kan. Aug. 20, 2018) reflect that employers continue to make employment decisions based on their preference for youth. Read on to learn about age discrimination towards the older news anchor.

In that case, Karen Fuller (Fuller) brought an age discrimination lawsuit against her former employer, Meredith Corporation (Meredith), pursuant to the ADEA. Meredith operates a television station in the Kansas City area. Starting in 2003, Meredith employed Fuller as a news anchor at the station. In January 2015, the station’s general manager, in consultation with the news director, decided not to renew Fuller’s contract when it expired in April of that year. When her employment was terminated, Fuller was the station’s prime-time anchor. Fuller was replaced by a thirty-two-year-old woman named McNamara. Fuller claimed that she was fired because of her age in violation of the ADEA.

Barbara Walters Does Not have “Hometown Girl” Look

In denying Meredith’s motion for dismissal, the trial court found that the “credibility” of Meredith’s proffered reason for Fuller’s discharge was undermined by the “scarcity of supporting evidence that [her] performance was in fact poor.” The trial court noted that Meredith failed to provide any “contemporaneous documentary evidence or video evidence of poor performance by [Fuller], including any previous negative evaluations of [her] or written complaints about her.” The trial court also pointed out that there was no evidence that Fuller was “ever told that her performance was lacking or warned that her performance issues could result in her termination, even though [Meredith’s] president admitted that management would usually tell an anchor of any performance issues.”

The trial court also found that the age-based remarks about Fuller’s replacement were evidence that Fuller’s age was the real reason for her termination. The trial court observed that the news director “conceded” that his remark about McNamara having a “nice Midwestern ‘hometown girl’ look” was an age-related comment when he admitted that he would not say that Barbara Walters had a “hometown girl” appearance because of her age. The trial court further found that the creative director’s age-related remark about McNamara was “relied on and adopted” by the general manager because the general manager “wanted” the creative director’s opinion. Thus, the trial court reasoned, it was reasonable to infer that the general manager “valued youth as a preferable quality for the female anchor position.” From the “totality of this evidence,” the trial court concluded, a reasonable jury could find that Fuller was fired because of her age.