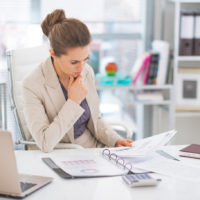 Discrimination Based On Potential Pregnancy

In a press release issued on August 9, 2019, the EEOC announced that it has entered into a Consent Decree to settle a pregnancy discrimination lawsuit filed by the EEOC against The Glenridge on Palmer Ranch, Inc. (Glenridge). In the Consent Decree, Glenridge agreed to pay $70,000 to settle the pregnancy discrimination case. On September 21, 2018, the EEOC filed the lawsuit, EEOC v. The Glenridge on Palmer Ranch, Inc., Case No. 8:18-cv-2340, in the U.S. District Court for the Middle District of Florida after initially attempting to reach a pre-litigation settlement through its statutorily mandated conciliation process. The EEOC brought the pregnancy discrimination lawsuit pursuant to the PDA on behalf of Michelle Fredricks (Fredricks). The EEOC claims that Glenridge violated the PDA by failing to promote Fredricks because she might become pregnant.

Glenridge is a retirement community in Sarasota, Florida. In December 2007, Fredricks began working for Glenridge. During her employment, Fredricks worked in several positions in the Dining Department, including working as a server, busser, bartender, and food purchasing clerk. In 2015, there was a vacancy for a dining supervisor position at Glenridge. Glenridge management informed Fredricks of the job opening and encouraged her to apply for it.

Prior to Fredricks’ application for the position, a manager in the Dining Department, Irwin, contacted Fredricks to discuss the position. Irwin asked Fredricks, “when do you plan on having another baby?” Irwin explained, “with this position it doesn’t leave a lot of time off for long periods of time.” Fredricks told Irwin that, while she was not actively trying to get pregnant, she could not guarantee that she would never have another child.

The EEOC is the administrative agency of the United States responsible for interpreting and enforcing federal laws prohibiting employment discrimination. In enforcing the federal anti-discrimination laws, the EEOC is also authorized by federal law to bring lawsuits on behalf of victims of employment discrimination. In a press release issued by the EEOC regarding the case, a Regional Attorney for the EEOC’s Miami District Office, Robert E. Weisberg, stated that “[t]oo often, companies sideline employees who are pregnant or may become pregnant.” The “EEOC will continue to seek vigorous enforcement of the laws,” Mr. Weisberg added, “that protect women from this kind of intentional and harmful discrimination.”