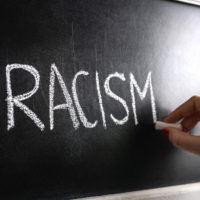 Employee Claims He Was Fired Because Of Race

In that case, Mark Anthony Hairston (Hairston) brought a race discrimination lawsuit against his former employer, Royal Building Products, Inc. (RBP), pursuant to Title VII of the Civil Rights Act of 1964 (Title VII). Title VII prohibits employers from discriminating against employees on the basis of race. Hairston claimed that RBP violated Title VII by terminating his employment because of his race.

Beginning in February 2015, Hairston worked for RBP as a Senior Human Resources Business Partner (Senior HRBP) at its Marion, Virginia and Bristol, Tennessee manufacturing facilities. Hairston was the only African-American management-level employee at the Marion and Bristol plants. At the time Hairston was hired, Gargaro, who is white, was the Plant Manager at the Marion plant. Shortly after beginning his employment, Hairston met with the African-American employees who worked at the Marion plant. These employees expressed to Hairston that they had experienced or witnessed racism at the plant. The employees specifically indicated that Gargaro and a white Plant Engineer, Brown, held racist views. Not long after Hairston began his employment at RBP, he received harassing phone calls at the plant in which an unidentified individual subjected him to a racial slur.

Employee Harassed Because Of Race

In December 2016, Hairston complained to the Director of Human Resources, Ryan, and then to Ryan’s successor, Marsh, that he felt he was being subjected to a racially hostile work environment. A managerial employee, Adams, told Hairston that Brown had referred to Hairston using a racial slur in a text message and had otherwise disparaged Hairston on account of his race. Hairston relayed this information to Ryan and Marsh. There was no evidence that Ryan or Marsh investigated Hairston’s complaints of racial harassment or Brown’s alleged use of racial slur prior to Hairston’s termination.

In February 2017, RBP terminated Hairston as part of an alleged reduction in force because the human resources department was overstaffed. Hairston was the only person who was terminated as part of the alleged reduction in force. Hairston, whose job duties as Senior HRBP had included participating in terminations, testified at his deposition that reductions in force were essentially pretexts used to fire undesired employees. Brown provided input to Marsh regarding Hairston’s job performance which led to his termination. After Hairston was fired, Adams notified the human resources department that Brown had used a racial slur when remarking about how “they finally got rid” of Hairston.

Racial Slur Is Evidence Of Discrimination

Based in Ocala, Florida and representing employees throughout Central Florida, our Marion County, Florida wrongful discharge attorneys have been in the trenches fighting for the rights of employees for nearly twenty years. If you have been the victim of race discrimination or have questions about your employee rights under employment discrimination laws, please contact our office for a free consultation with our Marion County, Florida wrongful discharge lawyers. Our employment and labor law attorneys take wrongful discharge cases on a contingency fee basis. This means that there are no attorney’s fees incurred unless there is a recovery and our attorney’s fees come solely from the monetary award that you recover.