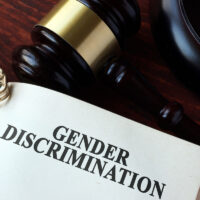 Having litigated employment discrimination lawsuits in Florida courts for more than twenty years, our Citrus County, Florida discrimination victims’ lawyers know that job applicants are often not hired for discriminatory reasons. In most circumstances, however, the rejected job candidates never learn of the discriminatory motive behind the hiring decision because employers rarely tell them why they were not hired, let alone give them a reason attesting to discriminatory intent. In this article, our Lecanto, Florida discrimination victims’ attorneys explain how the alleged facts in Watson v. Grayson County School Board,Case No. 7:18-cv-00545 (W.D. Vir. Aug. 10, 2020) illustrates what sometimes happens when employers disclose the real reason behind a hiring decision.

In that case, Kevin Watson (Watson) brought a gender discrimination lawsuit against the Grayson County School Board (the School Board) pursuant to Title VII of the Civil Rights Act of 1964 (Title VII). Under Title VII, job applicants and employees are protected from sex discrimination in employment decisions, including hiring decisions. Watson claims that the School Board did not hire him as the head varsity softball coach at Grayson High School because of his gender in violation of Title VII.

From 2008 through 2017, Watson was an assistant varsity softball coach at Grayson High School. Watson was also the head junior varsity softball coach for the final three years of that time and spent some time as the eighth grade head coach. Watson also spent sixteen years as the high school varsity football coach. Although Watson had some experience playing baseball in high school, he had no experience playing softball. Watson’s full-time job is as the Grayson County Recreation Park Director.

School Was Looking For Female Coach

Ultimately, the interview team selected a woman named Miller for the position. After learning that Miller had been selected, Watson spoke by telephone with the Superintendent, a man named Wilmore. Watson asked Wilmore why Miller was offered the position over him. Wilmore told Watson that one reason was that they were looking for a female coach. A few days later, Watson visited Wilmore in his office and again asked why Miller had been hired over him. On this occasion, Wilmore said, “I think one thing was that a female coach they thought would be an excellent opportunity,” and “I don’t know, I guess and that’s just my guess is trying to get a female coach.” Wilmore also said, “I don’t think it’s anything against you, you can’t help you’re not a female.”