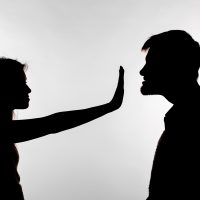 In that case, a woman named Corbin brought a sexual harassment lawsuit against her former employer, Steak n Shake, Inc. (Steak n Shake), pursuant to Title VII of the Civil Rights Act of 1964 (Title VII). Title VII makes sexual harassment an unlawful employment practice. Corbin claims that Steak n Shake violated Title VII by creating and maintaining a sexually hostile work environment.
Corbin was 16 years old when she began working as a server at a Steak n Shake restaurant in Newark, Ohio in mid-July 2015. Corbin alleges that, from the start of her employment, she was subjected to unwanted sexual remarks from two co-workers, McCann and Travis. The sexual remarks included comments about her breasts, buttocks, and body. In late December 2015, according to Corbin, McCann began to “smack” her buttocks. This happened three to five times over the course of about a month. Though the physical conduct stopped, McCann and Travis continued to subject Corbin to sexual comments nearly “every day.”

In mid-March 2016, Corbin notified Steak n Shake that she wanted to be taken off the work schedule. Her notice was accompanied by a request that she be placed on “pickup shift” status. What Corbin meant by the request was that she would be available to cover for someone else who could not work their shift. The general manager allegedly interpreted Corbin’s message concerning her work schedule as a resignation. He instructed the employee in charge of scheduling, Genzen, to remove Corbin from the schedule, and he entered a termination date of March 26, 2016 into the human resources system.

On April 2, 2016, Corbin arrived at the restaurant to work. She believed that she was still on a regular shift and had a couple of days of regular shifts left before she was to go on pickup shifts. Corbin attempted to swipe her card and clock in, but her card was not recognized. She saw the general manager and reported that her card was not working. The general manager directed her to Genzen. While Corbin discussed the situation with Genzen, Genzen became angry and made Corbin feel threatened by saying “nobody messes with me, because I’ll kill [them].” Corbin quit later that day.

After Corbin quit, the general manager reported Corbin’s complaint of sexual harassment to human resources. Steak n Shake conducted an investigation and interviewed employees. Those who were interviewed claimed that they had neither observed Corbin being sexually harassed nor heard about Corbin’s allegations. At the conclusion of its investigation, Steak n Shake found that Corbin’s allegations of sexual harassment could not be substantiated.

One of the most important decisions that sexual harassment victims must make is deciding which employment attorneys to consult with regarding their legal rights. At our employment law firm, an experienced employment attorney will speak with you personally and you will receive the individualized attention your case deserves. We offer free confidential case evaluations and you will never have to pay to speak with our employment lawyers regarding your employee rights. We are available for consultation at your convenience and are able to schedule telephone consultations for evenings and weekends.