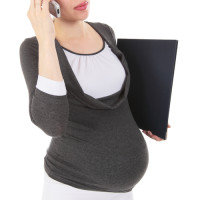 In March 2015, the U.S. Supreme Court in Young v. United Parcel Service, Inc. reinstated a pregnancy discrimination lawsuit against United Parcel Service (“UPS”) which the Fourth Circuit Court of Appeals (“Fourth Circuit”) had dismissed. At issue in Young was application of the Pregnancy Discrimination Act’s (“PDA”) mandate that employers treat a pregnant employee who is unable to perform the duties of her job position because of a pregnancy related medical condition the same as other employees who become temporarily unable to perform the duties of their job position.

In that case, Peggy Young filed a lawsuit against UPS under the PDA. Young worked as a part-time driver for UPS. After she became pregnant, Young’s doctor told her that she should not lift more than 20 pounds during the first 20 weeks of her pregnancy or more than 10 pounds thereafter. UPS required drivers like Young to lift objects weighing up to 70 pounds and told Young that she could not work while under a pregnancy related lifting restriction. As a result, Young stayed at home without pay during most of her pregnancy and eventually lost her employee medical coverage. Young maintained that UPS accommodated other non-pregnant employees who were temporarily unable to perform the duties of their job position. Young produced evidence showing that UPS had a light-duty-for-injury policy for other employees, but not for pregnant employees. Young also provided evidence that UPS accommodated non-pregnant employees who had work limitations similar to her pregnancy related work limitations.