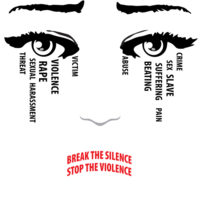 In Fuller v. City of Oakland, Cal., 47 F.3d 1522 (9th Cir. 1995), the U.S. Ninth Circuit Court of Appeals explained that “[o]nce an employer knows or should know of [sexual] harassment, a remedial obligation kicks in” and “[t]hat obligation will not be discharged until action—prompt, effective action—has been taken.” The remedial action taken by the employer must be reasonably likely to prevent the harassment from recurring. If an employer fails to take remedial action after learning of an employee’s sexually harassing behavior, or the remedial action is ineffective in preventing the harassment from continuing, the employer can be held liable for the harassment. In other words, as observed by the Ninth Circuit in Little v. Windermere Relocation, Inc., 265 F.3d 903 (9th Cir. 2001), “if no remedy is undertaken or [ ] the remedy attempted is ineffectual liability will attach.” The decision by the U.S. District Court for the Eastern District of New York in Prophete-Camille v. Stericycle, Inc., 2017 WL 570769 (E.D. N.Y. Feb. 13, 2017) demonstrates that liability for sexual harassment attaches when an employer takes no action after receiving a sexual harassment complaint from the victim.